It all started in April 2009 with Keiji San, the very first Japanese Guerilla Paparazzo (JGP), a handmade cut out of a piece of cardboard: He was a natural born traveller with an exuberant addiction to cameras and an overwhelming passion for karaoke bars. Meanwhile thousands of cardboard JGP joined Keiji San. Together they rock this planet on their ongoing World Tour. Spread all over this planet, taking pictures, being photographed by people from all over the world, the Japanese Guerilla Paparazzi regularly reunite to show up at art fairs and exhibitions. Keep your eyes open… and smile! 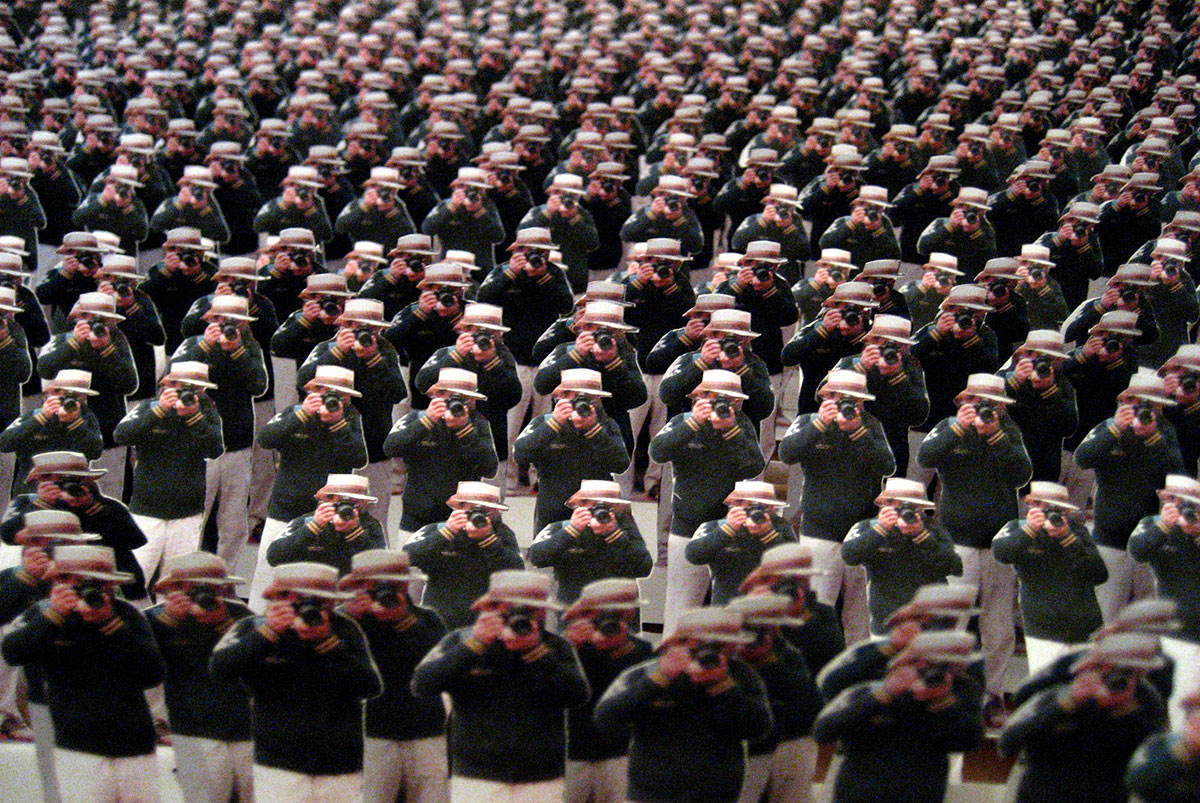 Sometimes they shoot back | the art resort

Meeting the Japanese Guerilla Paparazzi is at first a foremost pleasant encounter. Similiar to their human counterparts, the little hand cut paper guys may pop up at any place that is worth a photograph, in other words, everywhere at any time. Little Tom Thumbs, hand cut paper paparazzi, hardly able to withstand the breeze,  probably struggling with aspects of image composition.

People smile, whenever they see the Japanese Guerilla Paparazzi as if they are able to whisper “say cheese”.  We are conditioned by the camera; either we try to hide behind our hand or smile like a Cheshire cat as soon as we are in the focus of the lens. And then there is the coziness of the cliche: the anonymous uniformity of the snap-shot shooting Japanese, wryly confirmed as a tongue-in-cheek testimonial.

When the  Japanese Guerilla Paparazzi first entered the art scene, at some of the German art fairs in 2009, they did so with a less light attitude. The 3 meter wide installation at the tease art fair, Cologne displayed 1500 Paparazzi, all directing their cameras toward the beholder. They appeared as one force, a remembrance of the classical western movies shot with thousands of native Americans as silhouettes along the skyline. For a moment one could feel that there is a strong power, an autonomous will that triggers them. But with the ease of skilled hunters they dissolved immediately into fleet-fooded new guise. Attached to little gondolas made of fortune cookies they escaped from their sockets, carried by silver plated ballons (the iconic ones of Warhol´s factory fame), silently floating througout the art fair venue, later escaping into the night sky of Cologne.

Since then they are travelling through the world, sometimes in envelopes, sometimes in a breast pocket, to landmarks from Qatar to Geneva, Moscow to the Taj Mahal. They have been seen in  the Lofoten as well as in Japan. You may meet them at an art biennale or at the world cup.

They don´t look at you, they focus on you, forcing you to focus on them. Landmarks become blurry, serving just as a background for the tiny cut-out photographers. It´s them who are in charge, like a task force of all the countless snap-shots ever made, they regain control of the viewfinder.

Julia Murakami has set up an artistic concept that is as simple as it is stunning. A clever twist that switches the roles of the beholder and it´s subject. A playful reflection on our behaviour of eating the world, a picture at a time.

Keep an eye on the Japanese Guerilla Paparazzi, sometimes they shoot back. 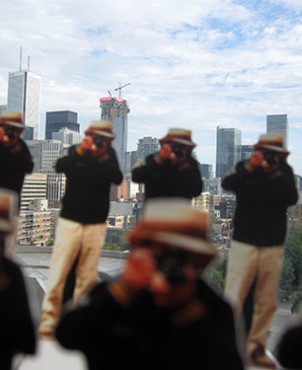 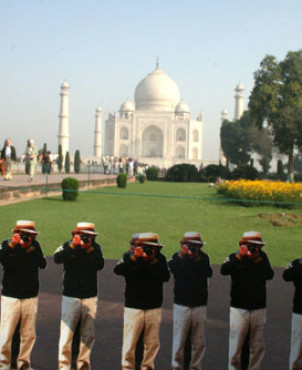 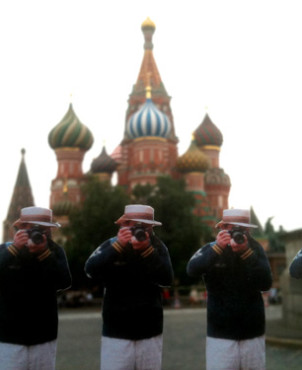 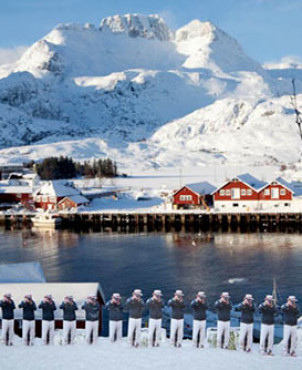 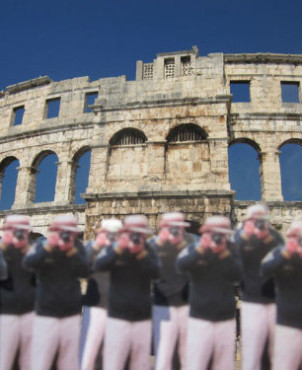 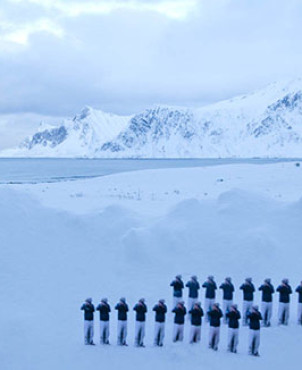 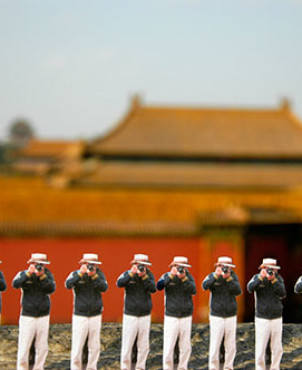 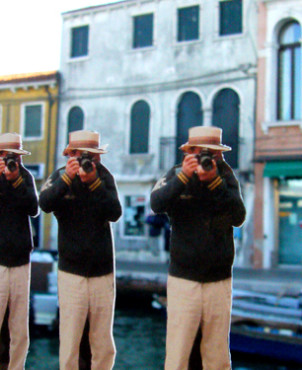 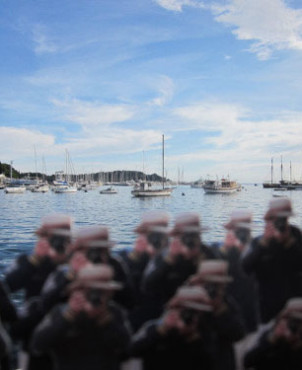 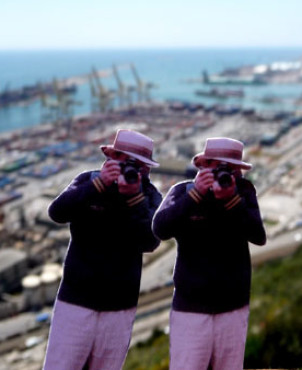 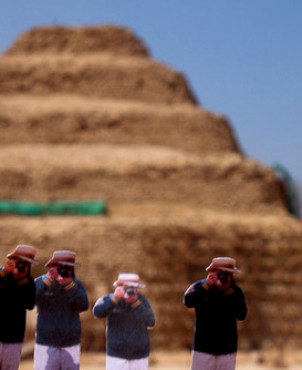 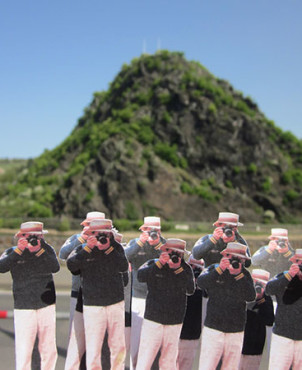 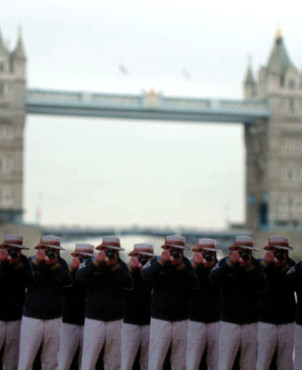 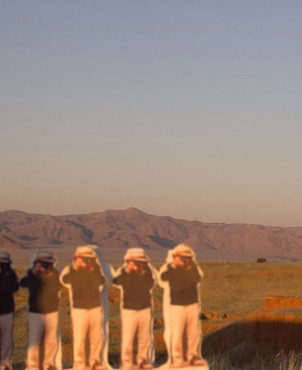 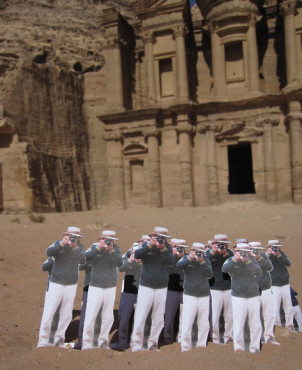 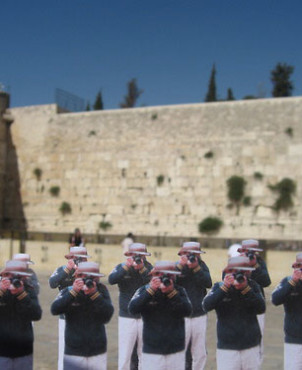 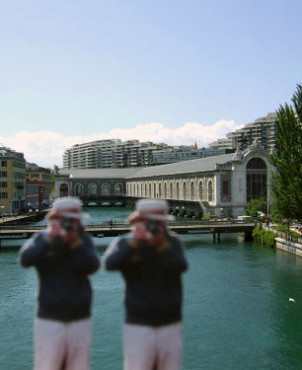 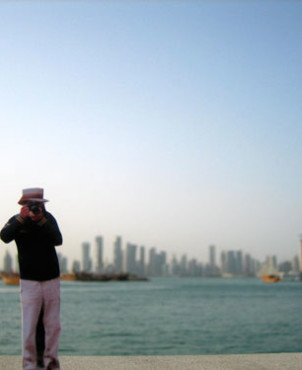 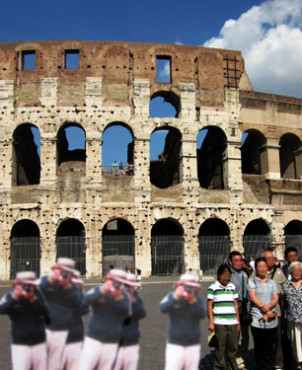 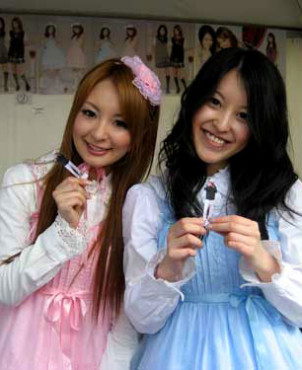 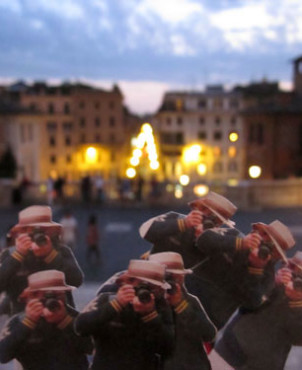