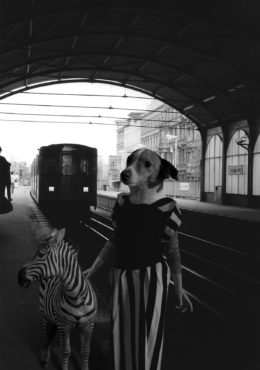 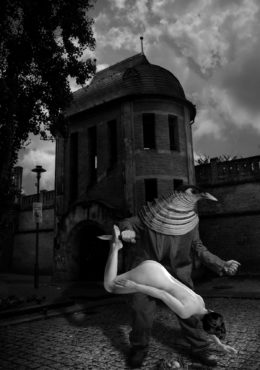 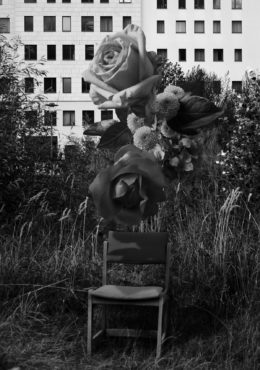 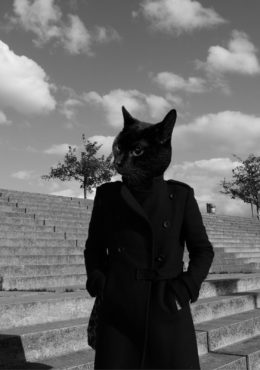 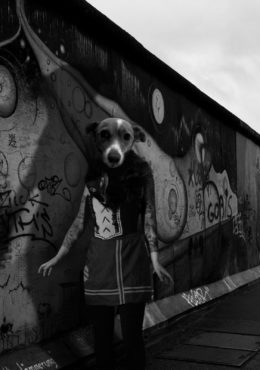 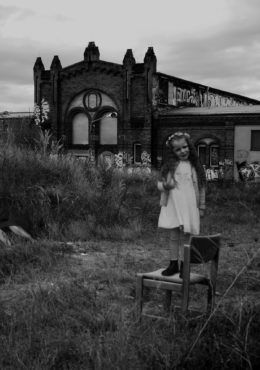 A heptalogy of photographs about Pride, Lust, Greed, Gluttony, Wrath, Envy and Sloth. Dedicated to the cat who rang my bell in December…

Pride, Lust, Greed, Gluttony, Wrath, Envy and Sloth: these Deadly Sins are sisters of a sort, blood-linked in a shadowy bond that is nonetheless firm for its occasional game of deception. We come closer and examine. Pride introduces the double-sided grip the animal will have on the human in this series, the feral on the civilized, in the coquettish manner of word-only delivery: a salon dedicated exclusively to the care of canines is pictured devoid of the living deviations that characterize the photo works that follow. Lust is an explosion of floral acromegaly sprouting in a field of unkempt weeds, with a humble chair waiting as potential throne. Greed is a charming-grotesque dog-woman mutation sidling up to a leftover strip of the Berlin Wall, dampened by sombre skies. Gluttony revisits the bedraggled field and foreboding heavens, now playing host to a nymphet apparition, atop the deserted seat of Lust, beckoning before the watchful eye of an industrial lamp. Wrath drops a curtain of brooding storm clouds behind a nightmare vision of violence, with a dagger piercing the foot and hence mobility of a figure at a symbolic rebirth (eggs in nest). Envy excites with the starkest tonal contrast in the series, an underscoring of the implicit separation of what one has and what one wants, in the form of a black-on-black cat-human flicking an ear toward a hovering humanoid hound with unrestrictive clothing negative-mirroring its own. And Sloth will not be outdone in its waiting game, a return of the dog-woman, now in vertical stripes appropriated from the zebra it has, distracted, at its side, likewise unmindful of the headlight-eyes speeding toward them. Each work is charged with furtive, watching eyes, whether static, painted on a wall or looming above as illuminating fixtures, or approaching in heavy machinery. The skies interlace their respective mood-magnetic maelstroms, seeking more seductively attention when, as with Envy, revealed to be more proximate and less formless than a cursory glance and experience-rooted trust would have one believe. The visions are not movements arrested, but rather overwhelmingly static incantations of aesthetic spells, keeping under wraps a brutality of cerebral ambulation that propels the dynamics of interwoven, and deadly, sins. Kenton Turk