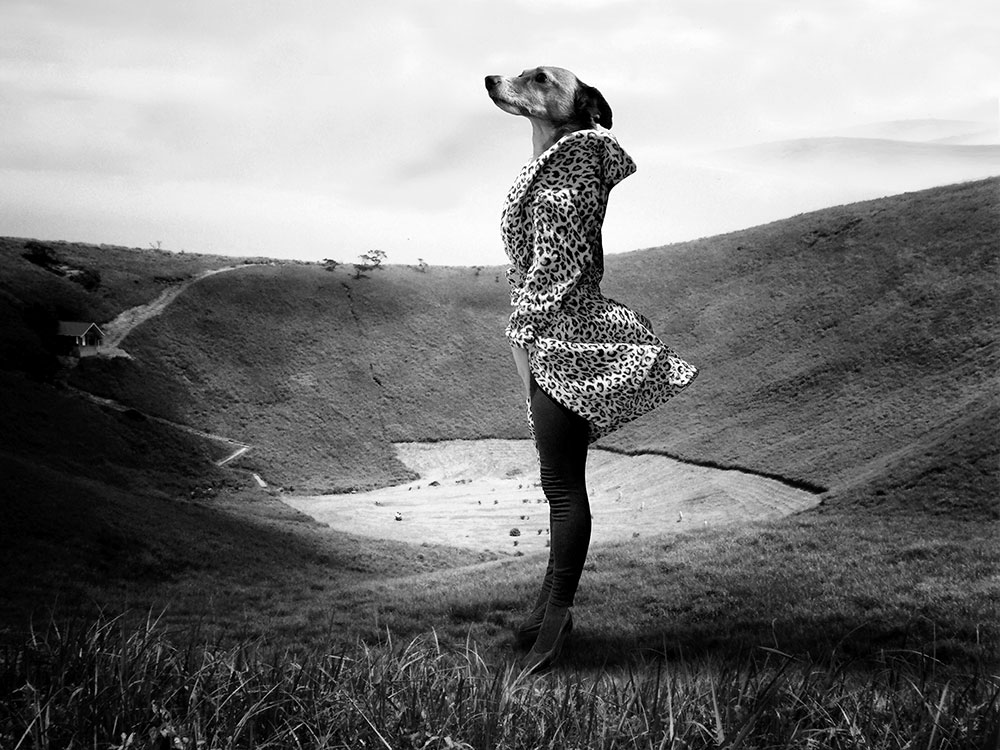 The concept of defying gravity, pulling free of terra firma through levitation, is one that frequently occupies dreamscapes and provides a basis for super-sensory exploration of co-existent but mutually alienated spheres of perception. As chimeral vistas, they are grasped instinctively and intuitively, as opposed to intellectually, freeing not only cognizance of such, but also the mode of exploring them.

The series approaches this phenomenon from this perspective. The manifestation of the portrayed figure as a human-animal hybrid emphasizes instinctive nature, the hypo-cerebral discernment of the surroundings and the potential freedom to deal with them free of conditioned notions of the inconceivable. Delving deeper, a sense of complementation is observable in the compositional whole. The probing into the unknown is accompanied by reassuring arcs: static curves embraced in the relative permanence of landscape and kinetic curves making fleeting appearances in a fluttering garment. These sidle up to one another in a convex fetal embrace and finally as a result of levitation complete a definable oval contour, symbolizing both the inviolability and the imminent new life implied in the ovum. In this way, the permanent and the ephemeral follow the same path and become mutually vital forces, maintaining the contradiction of the earth-bound and the airborne while joining them in a single visceral venture. Kenton Turk 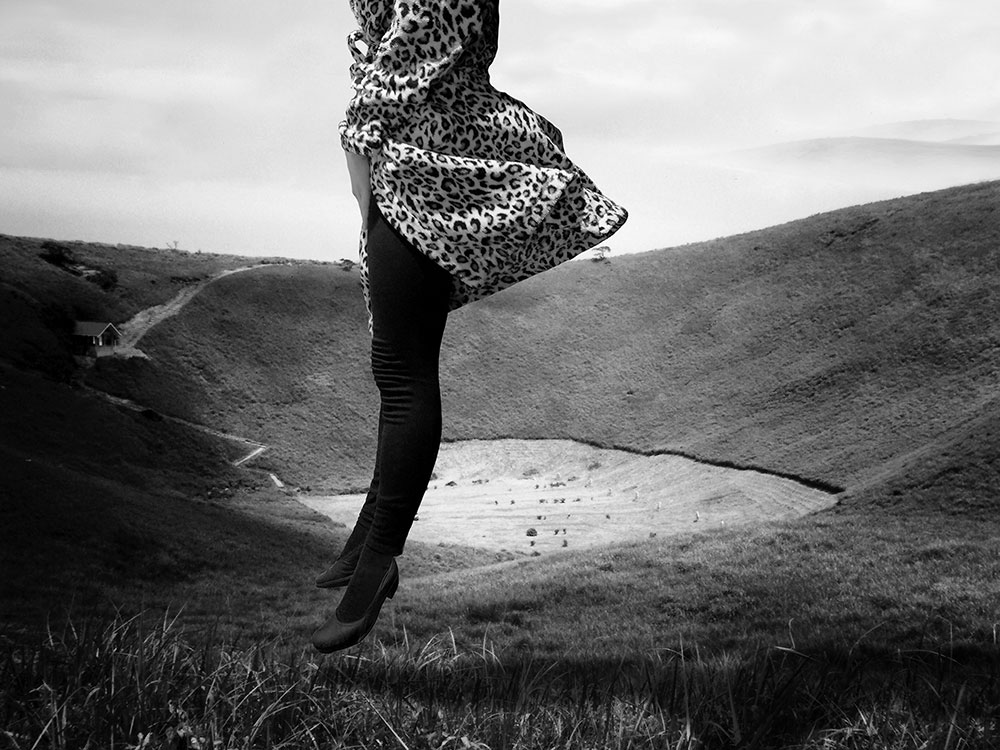